The density and temperature gradients in fusion plasmas constitute sources of free energy that trigger the development of different instabilities: Ion Temperature Gradient (ITG), Electron Temperature Gradient (ETG), Trapped Electron Modes (TEM), among them. Each instability possesses different signatures and effects [Horton-99]. In the core of a fusion-grade plasma, where the ion temperature gradient is large, the ITG instability is supposed to dominate the anomalous transport. This instability has been extensively studied both from the theoretical point of view and also by means of numerical simulations [Dimits00]. The ITG drift-wave mode becomes unstable when the ratio of the ion temperature gradient to density gradient is large enough. Below the critical temperature gradient the drift wave can also be destabilized in the presence of trapped particles. Then the trapped electron mode (TEM) appears. Similarly to the ion temperature gradient instability case, a sufficiently high gradient in the electron temperature can destabilize a drift wave (ETG) that is formally analogous to the ITG one. It is associated, however, to smaller scales and requires many more computational resources to resolve the electron dynamics in gyrokinetic non-linear numerical simulations [Dorland-00, Jenko-00, Bottino-07]. While a full treatment of the instabilities requires to account for their non-linear saturation, linear simulations allow to identify the most unstable modes and the estimation of their growth rates. One of the objectives of this research project is to clarify the applicability of gyrokinetic simulations to each region and type of TJ-II plasmas and characterize the existing instabilities. 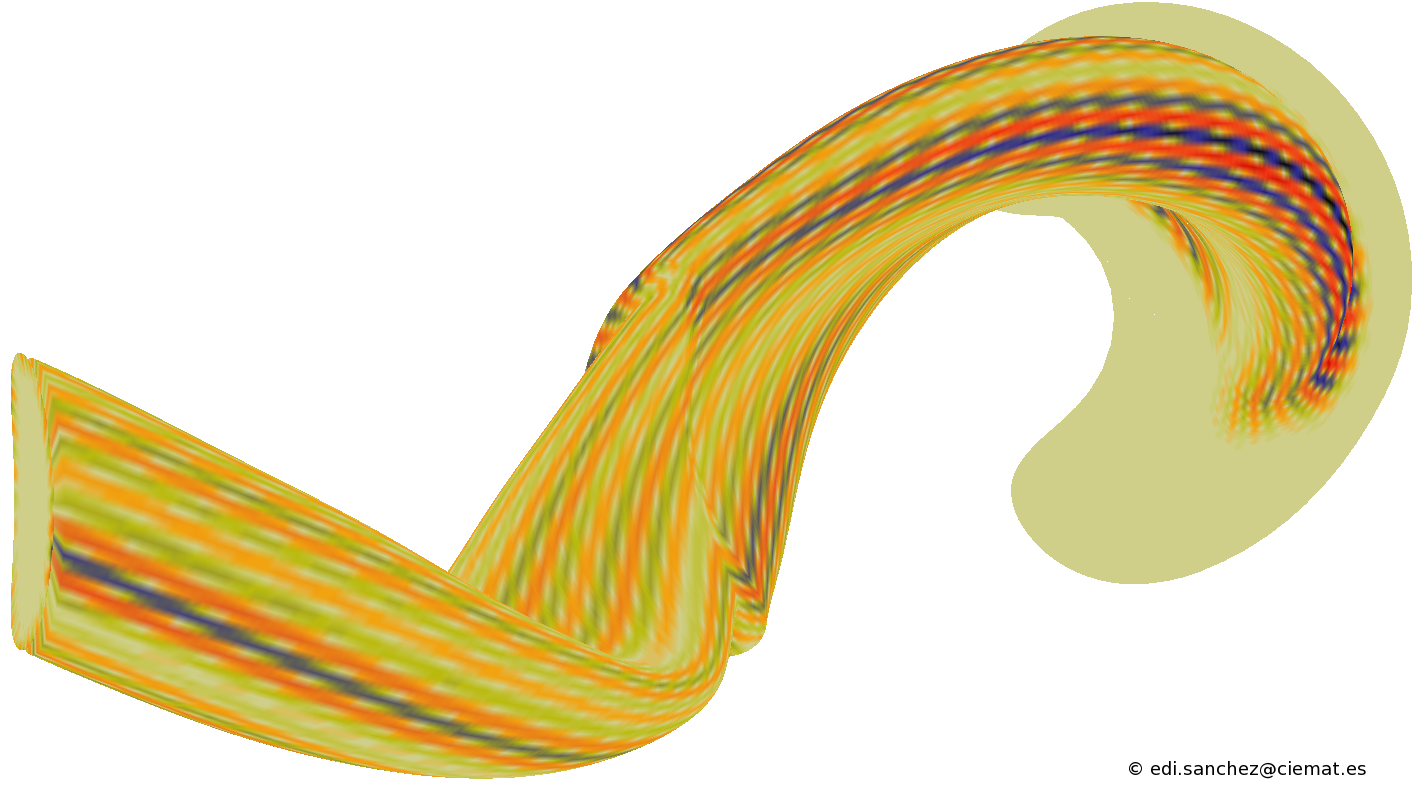 Simulation of ITG instability in the TJ-II standard configuration (click to watch a video of the simulation in avi format).