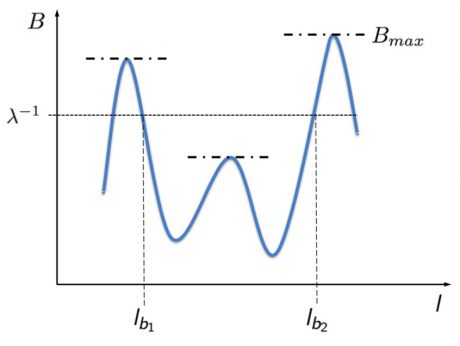 Neoclassical transport is a fundamental part of stellarator scenario development, since it is expected to account for most of the energy losses in a stellarator reactor. Therefore, its minimization is in the core or any process of stellarator optimization and design.

Neoclassical optimization is the process that, among other goals, tries to achieve magnetic configurations close enough to omnigeneity. The figure of merit in the optimization loop is usually the effective ripple, which is a proxy for the radial energy flux in a particular neoclassical transport regime at low collisionalities: the so-called 1/ν regime. This quantity goes to zero as the designed magnetic configuration approaches omnigeneity.

We have developed a code, the KiNetic Orbit-averaging Solver for Stellarators (KNOSOS) that is able to provide a fast and accurate estimate of neoclassical transport in several stellarator regimes apart from the 1/ν, and that can therefore be used for a more efficient stellarator optimization.

KNOSOS is freely available and open-source, and can be downloaded from https://github.com/joseluisvelasco/KNOSOS

First calculations were presented in:

KNOSOS is the result of a line of research aimed at describing analytically optimized stellarators. Examples of this work can be found in: